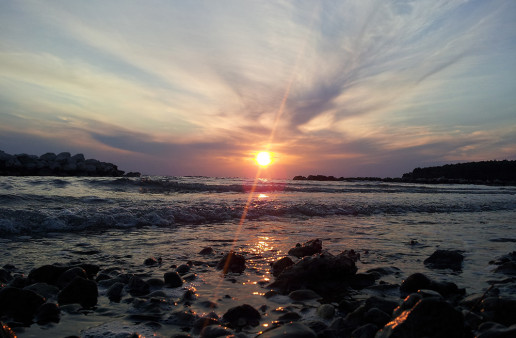 Is a beautiful country situated between the Mediterranean Region and Central Europe with a very indented coastline and 1,185 islands of which 66 are populated. It has a population of 4,437,460 people. The main cities are Zagreb (the capital), Split, Rijeka, Osijek, Zadar and Dubrovnik.

The climate in the interior is a mild continental one (with hot summers and cold winters), the climate on the coast is Mediterranean (with hot, dry summers and mild winters). With an average of 2,600 sunny hours per year, the Adriatic coast is one of the sunniest in the Mediterranean Region. The sea temperature in the summer oscillates from 25°C to 27°C.

The Croatian culture has a 13 centuries history. Many ancient statues, pieces of art and scientific works are still preserved in the country. It has 6 protected World Heritage Sites and 8 National parks.

Zadar is a Croatian town situated on the Adriatic Sea. It is the centre of the modern Croatia’s Zadar county and the wider northern Dalmatian region. Zadar is located in front of the islands of Ugljan and Pašman, from which it is separated by the narrow Zadar Strait. It is famous for its cultural heritage and its beauty.

To the northwest of Zadar there’s resort of Diklo. It’s an elitist seaside resort famous for its numerous villas and private houses. It has a pebble beach fit with all you need for fun and recreation.